Back in 2008 when I was a young lad, I managed to take my band from zero to over 1.8 million streams in under one year. This was a huge milestone for both my music and my marketing.

I’ll share with you a story that I share about a thousand times a day, but I think it’s an essential lesson for you if you plan to build a brand online.

I was spending 3 hours a day online with a post-it note that had a single number written on it.

The worn-out post-it note with a small food stain and a folded corner had the number on it that would change the way that I handled digital marketing and music for the rest of my life.

The number ‘600’ was written in dried out permanent marker across the post-it note stuck to the bottom of my computer monitor.

That 600 meant I had to reach out to 600 new people online every single day. Eventually, we got resourceful and created lists of people to target based on internet traffic patterns within Myspace. Now we knew exactly who to go after in our target audience.

This is all done a million times easier with Facebook ads today.

I would talk to those people every day. I was buried in comments, friend requests, messages, and e-mails every single day.

Now here is the key…

I never asked them to listen to my music.

You might be thinking, “but isn’t that the point of reaching out to people if you’re a musician?” Yes… but there is a way to go about it.

We were never that annoying band only that only cared about themselves. Simply put, I gave a shit about the audience, and they knew it. This was at a time where Myspace was the only social media platform, and FB was starting to poke its head out.

When you went on the charts in New Jersey for daily plays, we were the fourth most streamed group under Bon Jovi, My Chemical Romance, and Bruce Springsteen.

Granted this was just one state in one social platform for daily streams… it was still a very impressive metric for a band:

Some days I would come home after work to over 2,000 comments that needed responding to. Social media management for my band being a full-time job was the understatement of the year.

The power of GENUINE and REAL engagement with an audience is in the results! When you have a casual conversation with your audience, they know that you aren’t just there to squeeze a fan or a potential sale out of them.

And the secret is that you shouldn’t be trying to do that, either.

A Turn for the Worst…

I thought I was on top of the world! I grew up in a town full of hometown heroes that went on to tour the world in bands, get songs on the radio, and even win Grammy awards. I knew that it wasn’t a pipe dream like most people thought.

I was practical. I knew that the easiest way to get on a record label was to have good music and a large, dedicated audience. Without the audience, you didn’t look like a good investment. My year’s worth of work paid off.

I cared about the fans, and because of this, dedicated fans would drive from all over to see us perform at a coffee shop in some shit-hole town in South Jersey.

I’ll never forget this one show we played… I was shocked when the majority of the people there to see us weren’t from New Jersey. We had people driving in from 4-5 hours away. It was nuts!

So where did I mess up?

Eventually, my band went on a brief hiatus while I decided I would take some vocal lessons to learn how to sing. I wanted to stop dealing with the Axl Rose singers of the world. I announced that I would be taking a brief 3-month hiatus break from social media and would be back.

Facebook hit the market. Within no time at all my entire audience moved to the new platform and Myspace became a ghost town overnight. I lost contact with all of those people.

It sucked, but I learned a lesson. Had I owned a website, other social platforms, and an e-mail list I would have been able to continue to have their support. In the snap of a single social media shift everything that we ever worked for disappeared—in an instant.

“Every adversity, every failure, every heartache carries with it the seed of an equal or greater benefit.”
-Napoleon Hill

What You Can Learn

There are two lessons here for you. I hope that you can learn from both my successes and my failures.

Lesson One: The Power of Focused Work With Definitive Purpose

Never forget the value of focused work with purpose. The post-it note was more than a post-it note for me. It was a daily goal with a focused purpose that was more than just about me and my career. It turned into being about the conversations that I had with people all over the world.

I sent packages of free CD’s, stickers, and t-shirts to the fans who were down on their luck. There was a kid from Indonesia who couldn’t afford a CD and a girl who was living at the hospital.

There was the most connected that I have ever been with my big ‘Why’ when a wonderful girl from Ireland told me of the time they played my song at her mom’s funeral.

These moments were where it wasn’t about my music anymore. That is what it’s all about.

You cannot ever be complacent with your strategy. If you think for one second that you own your traffic or your audience on Facebook, Twitter, Instagram, YouTube, Pinterest, or wherever you are doing your work, you are sadly mistaken. If you think that you’re safe because your audience will never go anywhere, your career is over before it begins.

I bet you can picture a few of them right now, can’t you?

That is why I laugh when I talk with friends that say things like “My YouTube channel is making $10K a month. Why would I want a website or Twitter? There is no chance in hell that I’m going to do that. I’m not starting over from the beginning and creating more work for myself.”

It is nice where you sit now, but wait a while. Things change and social patterns online change FAST.

Don’t be left in the dust. Learn how you can convert your traffic into traffic that you own so you don’t make the mistake that I did. Because I gotta tell ya, going from 1.8 million to zero sucks — a lot.

P.S. Be on the lookout in the next few weeks as I’ll be releasing a free guide on how to own your traffic so you don’t royally screw up like I did. Just subscribe to the e-mail list for free updates. 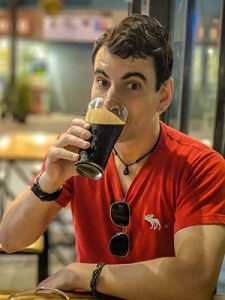 I am here to challenge… 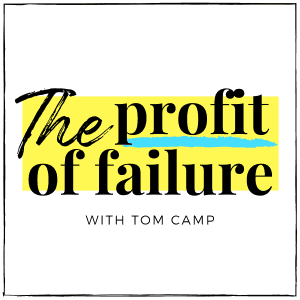